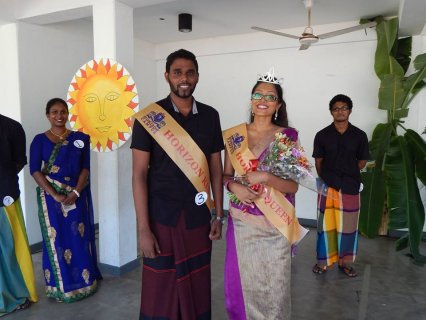 A delegation from AIT visited Sri Lanka 16 and 17 February 2006 to follow up on the already well establish links AIT currently enjoys with the Sri Lankan government, ministries, universities and private sector as well as to have discussion on the proposed establishment of the AIT Center in Applied Biotechnology with the partnership of the University of Colombo and University of Peradeniya.

With the assistance of the Ceylon Chamber of Commerce, whose membership includes blue-chip private companies in Sri Lanka, a workshop on “Biotechnology for Industrial Development in Sri Lanka ” was held on 16 February. More than 80 industrialists attended this workshop and the keynote address was given by Prof. Tissa Vitarana, minister of Science & Technology. Prof. Irandoust gave an address on “Introduction of AIT Post graduate Program” and Prof. Rakshit's presentation was on “The Potential for Academic and Ph.D. efforts in Biotechnology in Asia .”

Presentations were also made by such partners as the director of the Institute of Biochemistry, Microbiology and Biotechnology (where AIT Center will be housed) and the director of the Agricultural Biotechnology Centre, faculty of agriculture, University of Peradeniya . The chairman of the University Grants Commission outlined the fast development of the concept, which just started in September 2005. By October 2005, the secretary of the Ministry of Education formally invited AIT to open a center in Sri Lanka through a partnerships model.

What is it like living and volunteering with SLV in Sri Lanka?

Volunteer in Sri Lanka – What support does SLV provide?