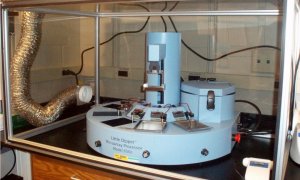 The Michigan Medical Genetics Laboratories (MMGL) is a comprehensive clinical genetics testing laboratory based in the University of Michigan's Department of Pediatrics whose goals are to provide state of the art testing for rare genetic diseases, which in aggregate affect the lives of a high percentage of admissions to C.S. Mott Children's Hospital. There are two separate MMGL sections, one for metabolic or biochemical genetic diseases such as those on the newborn screen, and one for DNA based molecular methods for inherited conditions.

MMGL now offers an AUTISM/INTELLECTUAL DISABILITY (ID) PANEL testing. For patients who meet criteria for these conditions, it is now easier to order testing, which will proceed in a tiered, panel format. Rather than ordering individual tests, which can cost considerably more, we have developed a combined, tiered strategy to identify the genetic cause of the condition in as many as 30-50% of cases. For patients in which testing has been performed already for a portion of the panel, individual genes or tiers can also be ordered. 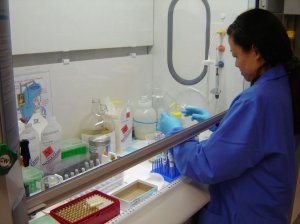 For some patients with syndromic autism or intellectual disability, evaluation by Pediatric Genetics (764-0579) is recommended first to determine if targeted testing is indicated. Of course, referral and testing decision making can also be organized from the beginning by Pediatric Genetics for isolated autism/intellectual disability as well as for followup family analysis and genetic counseling.
Biochemical Current Tests Offered Molecular Current Tests Offered

Tour a Giant Colon with a University of Michigan Health ...

@zebrev: Freeman Dyson: I think the main thing that’s changed as a result of computers is the magnitude of databases. Wed, 24 June 2015 10:51 PM