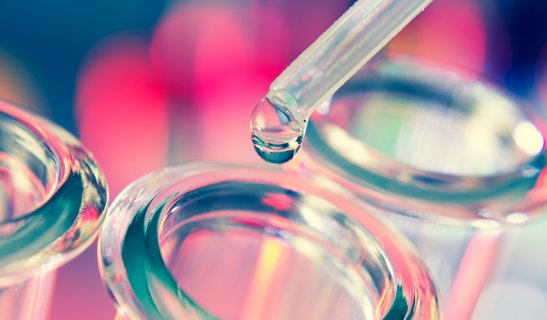 5 Crazy Technologies That Are Revolutionizing Biotech

From HAL in 2001: A Space Odyssey to the Terminator, robots have long captured the public&#39;s imagination. But imagination is giving way to reality, with the development of increasingly lifelike androids. Japanese roboticist Hiroshi Ishiguro, director of the Intelligent Robotics Laboratory at Osaka University, Japan, demonstrated an advanced android clone of himself at the Global Future 2045 congress in June 2013, for instance. The android couldn&#39;t completely pass for humans though &hellip; at least, not yet. [5 Reasons to Fear Robots]

Brain-computer interfaces (BCIs) or brain-machine interfaces, have progressed significantly in recent years. Some BCIs aim to restore mobility to people who are paralyzed by spinal cord injury, stroke or brain disease. Others aim to restore senses like sight or hearing. Researchers are even developing BCIs now to restore memory.

BCIs implanted in the brain&#39;s motor areas can record the electrical signals that represent particular movements. A computer decodes the signals and uses them to control a computer cursor or prosthetic limb. At the Global Future 2045 congress, engineers Jos&eacute; Carmena and Michel Maharbiz of the University of California, Berkeley described their work to create stable, long-lasting, completely wireless BCIs.

Also at the conference, neural engineer Theodore Berger of the University of Southern California in Los Angeles spoke about developing a memory prosthesis. The device would replace part of the brain&#39;s hippocampus, where short-term memory is converted to long-term memory. So far Berger has had success in rats and monkeys, and he&#39;s currently testing the device in humans.

Darth Vader&#39;s robotic body may be closer to reality than people think. Today&#39;s prosthetic limbs are remarkably advanced. The so-called Luke arm &mdash; named after Luke Skywalker&#39;s prosthetic arm in Star Wars and made by inventor Dean Kamen&#39;s company DEKA &mdash; is one of the most sophisticated bionic limbs available. The arm is controlled via a foot-operated joystick, and provided vibration feedback about the hand&#39;s grip strength.

At the Global Future 2045 congress, Englishman Nigel Ackland demonstrated his Bebionic 3 artificial hand, which rivals the Luke arm in that it uses signals directly from the upper arm muscles to control the hand, as opposed to a foot joystick. Ackland, who lost his real hand in an industrial accident, said his Bebionic hand has improved his life tremendously.

Thanks to brain-computer interfaces, some bionic arms can now be controlled directly by the brain. The next challenge is delivering sensory feedback from the prosthetic limb, scientists say. [Bionic Humans: Top 10 Technologies]

@Kamla: TV interviews for the next few weeks is an interesting mix of folks in technology, biotech & food industry. And a couple of filmmakers. Sun, 28 June 2015 06:14 AM