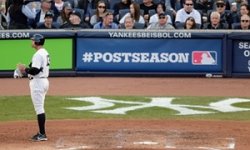 When the Miami New Times broke the story in late January that Biogenesis, an anti-aging clinic in South Florida, had supplied human growth hormone and other performance-enhancing drugs to several high-profile players, Major League Baseball got hit with major league scandal. Among the names in Biogenesis' records were former MVPs Alex Rodriguez and Ryan Braun, as well as sluggers Nelson Cruz and Melky Cabrera. In July, after an extensive investigation (with which Biogenesis founder Tony Bosch cooperated), MLB suspended Braun for the remainder of the 2013 season. Many more suspensions are expected to follow soon. Will this be the PED scandal that finally cleans up baseball? Even Pete Rose wouldn't bet on that.

Although professional baseball can trace performance-enhancing substances back to the 1880s (when Pud Galvin downed a monkey testicle elixir), the game's historians consider the late 1980s as the beginning of the steroid era. Since then, dozens of the sport's biggest names—including Barry Bonds, Mark McGwire, and Roger Clemens—have admitted (or been implicated in) juicing scandals and many of baseball's most hallowed records are tainted because of drug use. Former Oakland A's outfielder Jose Canseco even estimated that "80 percent of the players" in his era were using steroids.

A-Rod and Braun Top the List of the Biogenesis Scandal